A few weeks ago I bought a bulk load of X wing bits and bobs, some of the ships were work in progresses…they had been started but for one reason or another never finished. I think the original owner may have been attempting some pure Recon ships as armaments had been removed.  I decide to restore the weapons using bits from my 40 +year old  spares box!!! and completed the installation of magnets to the bases, and in some cases finished off the paint jobs.

We use some of these in the club, others have been obtained by club members. 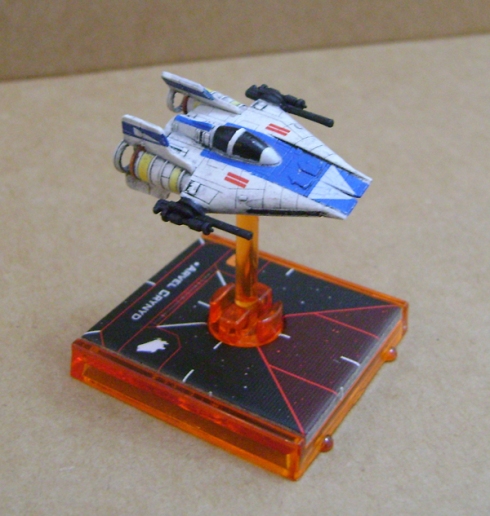 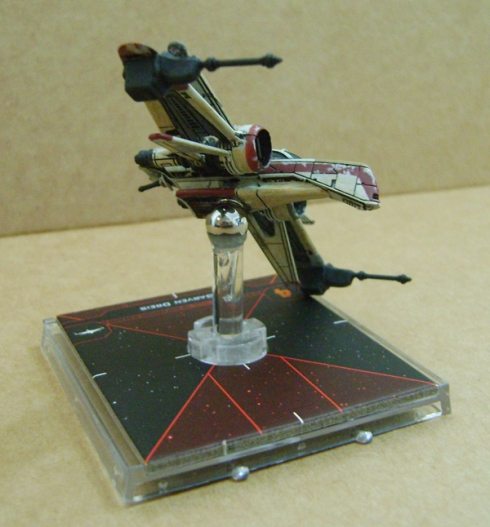 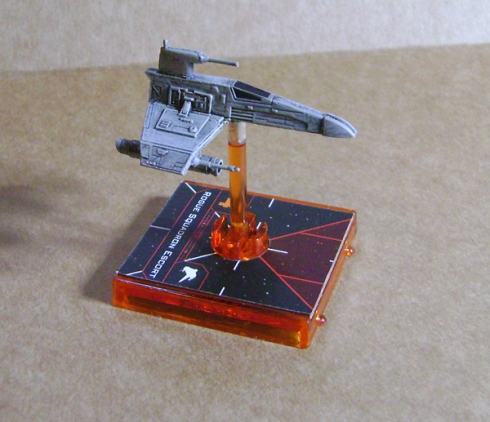 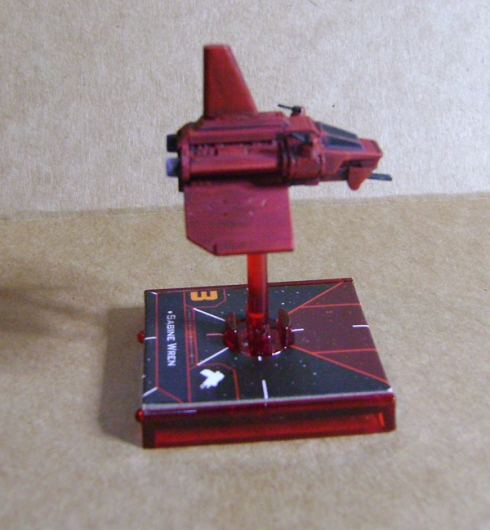 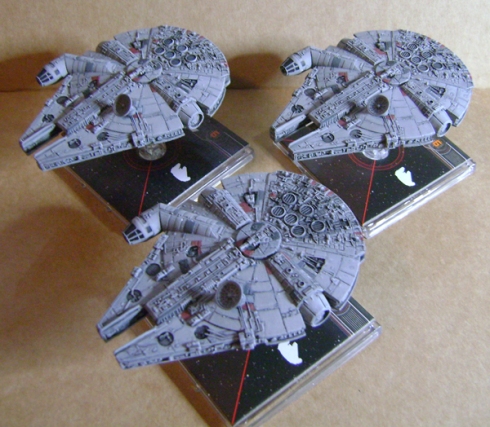 Had some requests from the club for Millenium Falcons. We, and they couldn’t afford the real thing by FFG so I painted up 3 revell 1/241 scale Falcons and gave them all a set of edition 1 cards and dials and some large bases and pegs sourced from Ebay. They are only slightly smaller but with a superior paint job 😉

The kids were happy and thats all the counts….but they served to introduce them to their own X wing collecting, and I expect that Santa will be very busy in this region with boxes of x wing ships come the evening of the 24th.

We decided that X wings and T.I.E fighters were so iconic that we just had to find a way of getting them into the game.  Clearly we couldn’t have dog fighting as the models would be in a close scale as we could find to the Legion figures (1/50 – 1/51). We could use them as terrain pieces in a base enviroment, but we wanted a combat role.

We purchased a couple of Revell kits 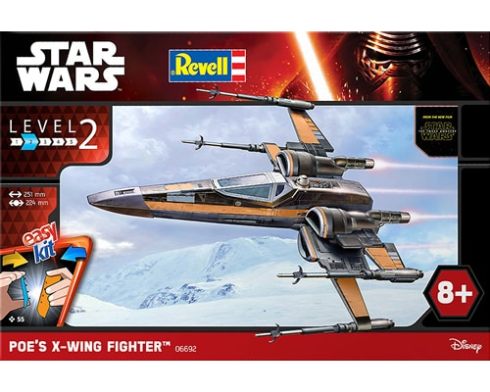 We settled on an airstrike, where troop commander calls in an airstrike, the fighter makes one firing pass at a specified target and then flies off.   A quick chat with a mate Alex, who knows about these things cleared up a few issues we had with the rules. (thanks Al) It was decided that there should be a chance that once called upon the fighter may well not make it to the battlefield, this would simulate anti aircraft fire or interception en route. Included in the dice rolls was a means to either get a total lock on target or a partial lock, this could limit damage.  We trialled the rules in two battles. On one table the X wing targeted the AT-AT walker….the result was the destruction of the imperial walker.  On the other battlefield a Tie fighter was called in to deal with an A.T.T droid tank crewed by rebel forces, The Droid Tank somehow escaped unscathed……..we concluded that the rules were balanced enough so no need to tweak them. 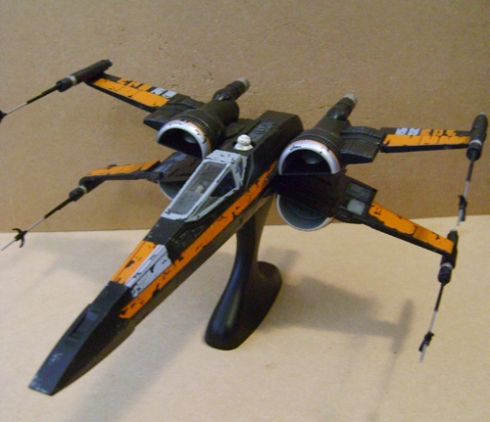